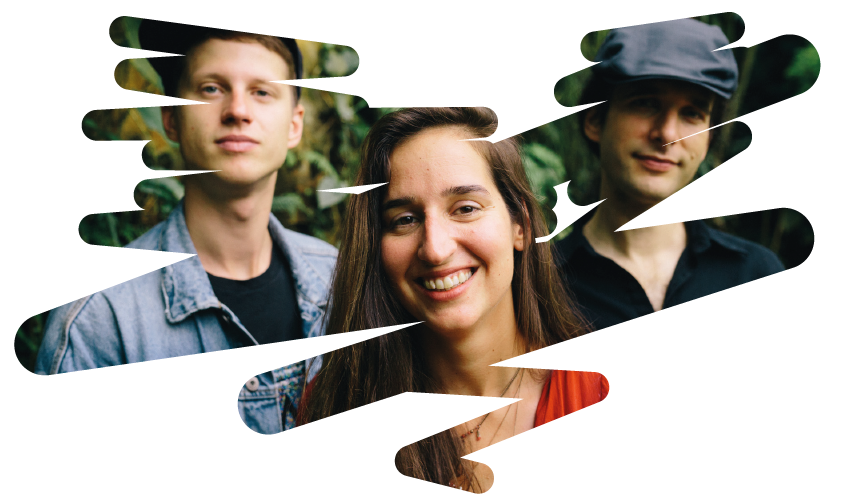 NINA ROSA is a Prague-based trio founded by its singer and violinist, Nina Marinová. Nina met her bandmates during her studies at the Jazz Conservatory in Prague. A decade later, they formed a band blending a variety of styles, including jazz, swing, reggae and folk but adding their own sensibility and a little bit of twist and shout. Their music is characterized by inventive and playful solos on accordion, violin and guitar, combined with thoughtful arrangements of their original songs, sung in different languages. On the scene since 2016, the band has already performed at many prestigious festivals, mostly in the V4 region. Succesfully catching the ear of the critics, the band received a nomination for the “Best new artist/band of the Year” at the Slovak Radio Head Awards 2017. Since then, the buzz around the band has been spreading on the airwaves as their music is regularly featured and broadcast live on Czech and Slovak radio.